As players of Charles University’s varsity hockey team (UK Praha) readied for the new season this week, the European University Hockey Association and CU Rector Tomáš Zima held a press event at the Carolinum outlining the importance of hockey for the school as well as the need for greater support allowing student athletes to better combine study and sport.


In the past, highly-skilled players who wanted to play and showed significant promise but finished shy of going professional in the top flight were often forced to eventually give up their sport altogether. Charles University Rector Tomáš Zima, varsity hockey officials, as well as others such as MP and the Committee on Science, Education, Culture, Youth and Sport's Kateřina Valachová want that to change. The gist? That students should receive stronger backing to be able to pursue sports at a high level together with their studies within the education system. Speaking to journalists, Ms. Valachová said she would do her utmost to push for improvements and expressed confidence that a new bill on university education would help in stopping what she called a brain-drain of students for whom sports scholarships abroad had proven to be an important path forward. 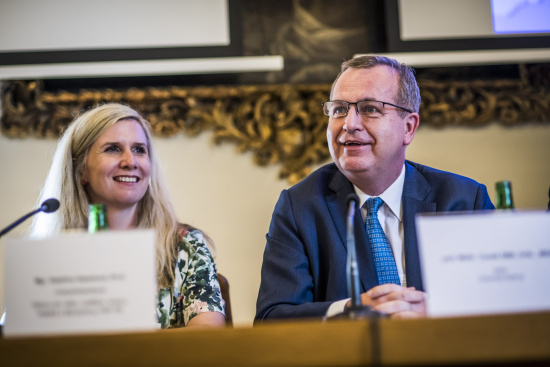 
There is a history on which to build when it comes to amateur clubs and Rector Tomáš Zima took the opportunity to point out that Charles University had long placed an emphasis on sports and study. CU’s hockey team, he noted, had been a part of the European University Hockey League (EUHL) since 2013. He called the team an excellent example and made clear it was in the school’s eminent interest to be represented by the club in both domestic and international competition. Although last year was a bit of a bust regarding the title race, the rector reminded attendees that UK Praha previously clinched four titles and he expressed confidence that this season the team’s fortunes would once again improve.


Founded in 2013, the EUHL is the premiere European university hockey league. The league is run by the EUHA and the league’s patron is former Minnesota Wild defenceman Ľubomír Sekeráš – a legend for his blistering slapshot from the blue line before he hung up his skates.


iForum asked UK Praha’s new head coach Michal Broš where things stood at the moment for the club ahead of the new season and first meeting this week:


“Our first practice is coming up so we’ll have to see what of condition we’re in. But I expect we’ve got some work ahead of us. Strong ambition is certainly important: the coach isn’t the only person on this boat, so I will be glad if we all enter the season with a lot of heart and 100 percent commitment. Building a strong team is always a challenge, and it doesn’t matter whether you are talking about a university club or a professional team.”


Coaching this club, he added, was for him “a matter of the heart”. 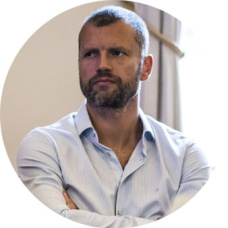 
Want to see UK Praha in action? The squad’s first match will be against HK LEV Slany on September 8, 2019, at 17h00 at the Víceúčelové sportovní hala SLANÝ in Slaný.