The blue-green world of deep-sea fish

The blue-green world of deep-sea fish


An international team of scientists, including lead co-author Zuzana Musilová from the CU Faculty of Science, recently discovered that some deep-sea fish possess a unique set of photosensitive pigments that probably enable some form of colour vision, even at great depths. The article was published as the cover story of the most recent issue of the world's most prestigious scientific magazine, Science. 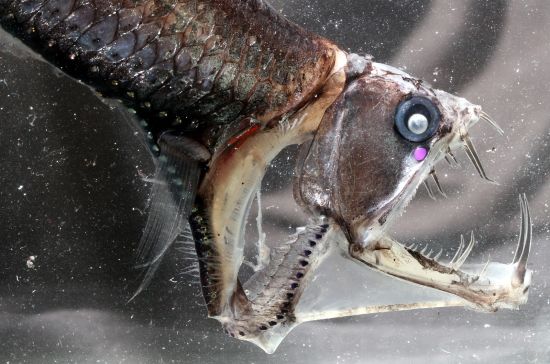 Deep-sea fish have adapted in various ways to hunt effectively, including the evolution of large teeth. Relative to head size, the Chauliodus danae has the longest teeth of any fish and with its protruding jaw belongs to the order of Stomiiformes. Photo: Zuzana Musilová.


There are few places on the Earth subject to such extreme conditions as the ocean depths. Deep-sea organisms must cope with enormous pressure, low light and the absence of landmarks to orient themselves in the “endless” space of the deep sea and find prey or potential partners. The dominant predators in this environment are deep-sea fish, which have evolved in various ways to deal with the lack of light. “In our research we analysed individual photoreceptor cells, i.e. the rods and cones in the retina and their photosensitive pigments,” said Zuzana Musilová from the CU FS Zoology Department, the lead co-author of the article published in the most recent issue of Science.


“We focused on complete genome data from a total of 101 species throughout groups of bony fishes (Teleostei). Then we specifically focused on the genomes of the deep-sea fishes and looked for signs indicating that these fish live in such specific conditions,” said Musilová. The deep sea is quite a unique environment, not only due to the reduced light intensity, i.e. the number of photons that pass through the water column, but the colour spectrum is also narrower – basically only the middle blue-green part of the light spectrum penetrates into the depths. 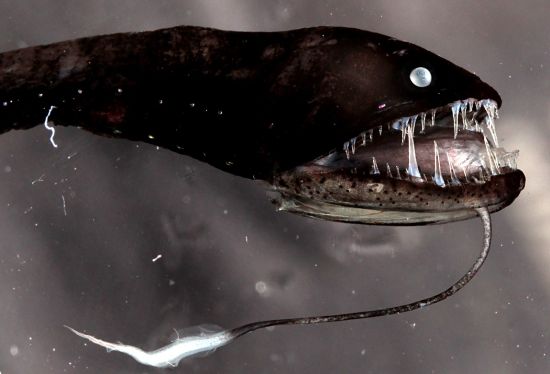 
Genome research first revealed that fish living at great depths often lack the genes responsible for seeing colours at the edges of the visible spectrum, meaning these fish have lost the genes to see UV and red light. That corresponds to the light conditions present at this depth. Contrary to the gene loss, further genome analysis also showed that certain genes in deep-sea fishes have multiplied during evolution. Genes for rod opsin, the photosensitive pigment found in rods usually responsible for black-and-white vision in dim light, have multiplied in certain groups of deep-sea fish. This has even been found in three independent evolutionary lineages! In the silver spinyfin (Diretmus argenteus), scientists found 38 copies of this gene, a phenomenon that is absolutely unique among vertebrates.


The question remains how deep-sea fish utilize this complicated structure of changes. “We think this could be some form of colour vision that functions in an entirely differently way than what we are familiar with in other animals,” mused Zuzana Musilová. Colour vision in vertebrates always involves the cones. Here, however, is a fish that only has rods and yet can see colours thanks to various changes in certain rod opsin genes. It is not yet fully understood how vision takes place at a higher physiological level, i.e. how visual perception is transmitted through the nervous system. 
“The silver spinyfin, which we mainly studied because of the high number of copies of rod opsin genes, feeds on crustaceans that produce coloured bioluminescent signals and can therefore be recognized more easily by this adaptation – the fish can then specifically focus on the tastiest prey,” Musilová believes. The mystery remains, however, why these fish have so many types of rhodopsin since, according to standard modelling, two or even one type should be sufficient. The answer to this question will require further research. 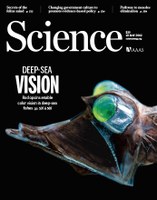