Compared to last year's anniversary, most Czechs marked this 17 November – Struggle for Freedom and Democracy Day – more quietly than usual, many of them online (although there were increasingly exceptions as the day wore on and more people came out in larger numbers).


Members of the public had been asked in the run-up not to engage in traditional activities such as visiting key sites in order to limit the spread of Covid-19, which has slowed only recently after surging for weeks. However by the evening, hundreds of people demonstrated against coronavirus restrictions in the centre of Prague, chanting and ignoring the requirement to wear masks, a marked difference from the calmer and more sparse approach earlier in the day.


Representatives of Charles University marked November 17 in smaller delegations over the course of the day, honouring the sacrifice and courage of students and others in both 1939 and 1989.


Seventy-one years ago on the day, the Nazis stormed Czech universities and ordered their closure, excuting nine students and sending 1,200 to the Sachsenhausen concentration camp. Thirty-one years ago, in 1989, 17 November saw the start of the Velvet Revolution which began after riot police brutally cracked down on students on Prague’s National Street (Národní třída). Charles University Rector Tomáš Zima, the head of the Czech Academy of Sciences Eva Zažímalová, and colleagues mark November 17, 2020 at the Hlavkova dormitory in Prague.


Media outlets throughout the day broadcast reports and Charles University’s Jan Kuklík and Michal Zima were among those providing commentary and analysis of the historic events on Czech TV. Members of the Rector’s board as well as Rector Tomáš Zima himself, also honoured the memory of students from 1939 and 1989, for their sacrifice. On Tuesday morning, the rector, flanked by the head of the Czech Academy of Sciences Eva Zažímalová and colleagues such as Vice-Rectors Jan Royt and Milena Králíčková, laid wreathes and flowers at the Hlavkova dormitory. Politicians, members of the academic community and others also paid their respects throughout the day. 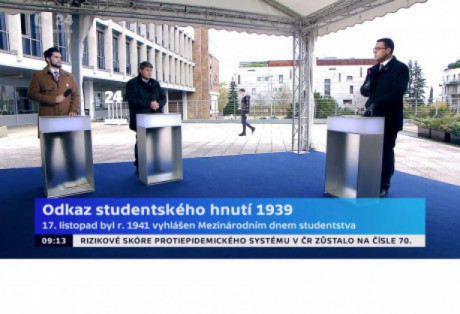 
Another important site on November 17, is the memorial plaque dedicated to student Jan Opletal, shot and killed by the Nazis in 1939. This year’s gathering was more quiet than in previous years due to coronavirus restrictions. That, however, took little away from this public holiday which Rector Tomáš Zima called “one of the most important dates in all of Czech history.” 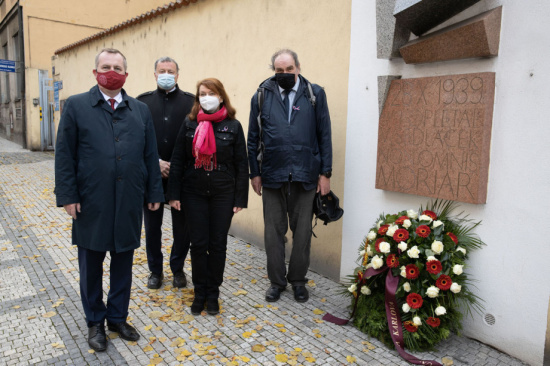 
Charles University on Tuesday unveiled a new bust of surgeon and pedagogue Eduard Albert, after whom a whole complex of Charles University buildings and surrounding areas and streets in Prague are named: Albertov – central in the events of both 1939 and 1989. Rector Zima, himself a doctor, said the famous university professor, who also popularised Czech poetry, had been a man “ahead of his time”, having conducted many surgical “firsts” in his day. The new bust in his honour, is located at CU’s Physiological Institute. 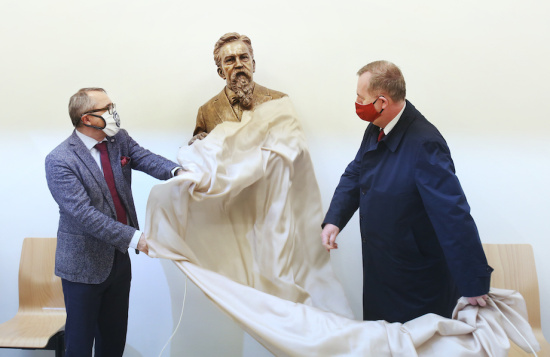 
Rector Tomáš Zima as well as Vice-Rector for Research Jan Konvalinka, the Vice-Rector for Public Affairs and Egyptologist Miroslav Bárta, together with Faculty of Science Dean Jiří Zima, also honoured the spirit of 1989 at a plaque at the CU Faculty of Science building that reads the famous words “When – if not now, who – if not us?” from when students gathered at the site 31 years ago in Albertov Street, ahead of a demonstration that would spark a wave of protests that would sweep Czechoslovakia's communist rulers from power. 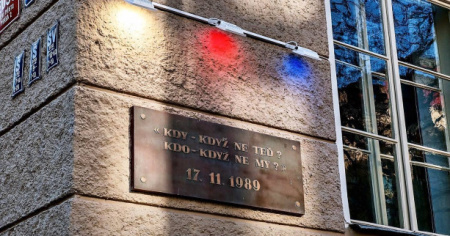 
The day still holds deep significance for most Czechs, who come out on the day to the key sites to remember and honour the sacrifices of students and dissidents who paved the way for Czechoslovakia’s return to freedom. Even fear of the coronavirus in the end was not enough to keep thousands of Czechs from coming to Národní Street (where riot police infamously cracked down on students in 1989), lighting candles at a famous plaque of student hands raised in peaceful protest, some of them flashing the sign for peace. Students on Tuesday, as well as CU’s Rector Tomáš Zima and Radka Wildová, the Vice-Rector for Quality of Education, lit candles and remembered the turbulent events that changed the direction of the country, putting it on a path to free democratic elections and leaving totalitarian rule behind.


On Tuesday evening, Rector Zima gave a speech commemorating the day from the historic Grand Hall of the Carolinum. If you’d like to revisit our special 30th anniversary issue from last year, please download the pdf in English here. The commemorative issue includes interviews with former student leaders and other key figures who played crucial roles during the Velvet Revolution which saw Czechoslovaks regain their freedom.

Story by Martin Rychlík - with additional reporting by Jan Velinger