Street Law is a program first introduced by Georgetown University in the United States in the early 1970s to boost professional development of its law students while passing on practical knowledge in high schools.


Inspired by the project, The Faculty of Law’s Michal Urban founded a Street Law chapter at Charles University in 2009.


Since then, more than 5,000 high school students here have taken part and the program is still going strong. The Faculty of Law’s Michal Urban - the founder of the Street Law chapter at Charles University. Photo: Luboš Wišniewski.

Does it differ from the original intent at Georgetown all the way back in 1972? That was the first question I put to Dr. Urban, who teaches not only at CU’s Faculty of Law but also at Johannes Kepler high school in Prague.


“I think that the aims over the years have largely stayed the same. We wanted to give our law students new experience, to allow them a chance to do hands-on work, to spread knowledge of the law and to discuss it beyond the context of the law school. By doing that, they are able to learn something about their field and about themselves and perhaps a little who they will be as future lawyers.


“The second aim is to educate non-lawyers about their rights, to help them understand some of the complexities of the legal system, and to help them be less vulnerable to manipulation through the law.


“The third aim is that law schools have a role in society to help it be more stable, to protect the vulnerable, to give them tools to be able to participate: this is sometimes called the third role of universities and I would see the university’s commitment as the third reason. So the principles have basically stayed the same [since Georgetown] and we follow them.”


In the Czech Republic we often hear about poor financial literacy… how well off are we when it comes to legal literacy?


“I am afraid it is even worse and also less of a topic. The consequences may be less obvious, I believe, some would call it legal illiteracy rather than literacy and it is a big problem at all levels. The Street Law program is trying to improve the situation and to present changes but we are just a small team that can only do so much. Even if we change things only a little, at least that is something. But yes, legal literacy is a problem.”


“That is certainly true. One thing we try and stress in our workshops is that the law should not be viewed as something to punish you with or that the law is ‘against you’. In fact, it is there to protect you and your rights and helps you live the life you want. When you receive an official letter the first reaction should not be ‘What have I done wrong?!’


“Such a letter may require your attention but there can be multiple reasons: perhaps your help is needed or it is information about something important happening in your vicinity. One thing we teach in our workshops is how to respond properly. To assess whether steps are needed and if so which steps to take so as not to make a mistake.


“Sometimes you have to react quickly, sometimes you have to get a lawyer, sometimes it is an offer that you don’t have to accept. But assessing the legal document is paramount to reacting properly so you do not miss a deadline and end up falling into a chain of consequences that ends up costing you a fortune.”


A better understanding of how the legal system works as well as certain protocol, I am sure leads to a happier life… do you cover different branches of law? Criminal law, for example?


“We cover almost any topic and the choice is largely up to the audience. We ask high school teachers to identify topics they would like us to teach in their classes. The same is true for seniors we have done workshops for or a Roma choir we have been working with.


“For us it makes sense to tailor workshops for their target audience. Frankly speaking, the legal experience of Roma children is completely different from that of students at Prague high schools. We try to address any topic they ask for, from criminal, civil, labour or family law and constitutional law and human rights. Some schools also ask for a module on law and business.”


One important aspect of the seminars is the Moot Court; there was an article recently published in the weekly Respekt by a student of the Faculty of Law describing that experience. Is it fair to say that these are kind of case studies, where the students can see what things are like in court and how an actual case unfolds?


“Exactly. Not just to see but to also experience themselves because they take the roles of judges, of prosecutors, of attorneys, of victims, and perform as a class or as a group. The law students act as coaches who help them out and have prepared them for their case and are basically on hand if a judge is searching for a phrase and so on. Generally, classes are able to do quite well almost by themselves after coaching and learn something about the law as such and about individual cases. After the debate, they come to see the law and its function in society a little differently or maybe very differently.


“Some of the participants say they now understand why things go all the way to court, that chances were missed to settle the case, or they better understand judicial independence, and still others realise they would perhaps like to become lawyers themselves, they could see themselves fighting for a defendant.


“Still others realise they might not have what it takes to fight for a client (not least if they weren’t persuaded they were innocent). It touches peoples’ values and they learn what the role is like and can even decide their future careers accordingly. The Street Law aim is, however, not necessarily to get students to study law but general legal literacy. But of course some young people are inspired. We have received some very positive feedback.”


As an aside, a bit tongue-in-cheek, I know of at least one law student who binge-watched the legal TV series The Good Wife, so I wanted to ask if such shows also serve as an inspiration?


“They certainly can. One thing we take into consideration at Street Law is that whatever the movie or series and whether it is legally accurate or not, that is what we work with as a starting point because that is how the law and lawyers are perceived. We need to know how the public sees us and we even make these things part of our seminars – we ask participants to watch a clip and analyse whether it is legally accurate. Or we take them to an actual courtroom to see the differences as well as similarities. It helps us gain a deeper understanding of what law is and what Czech law is. How the law differs or perhaps how laws should be changed.” 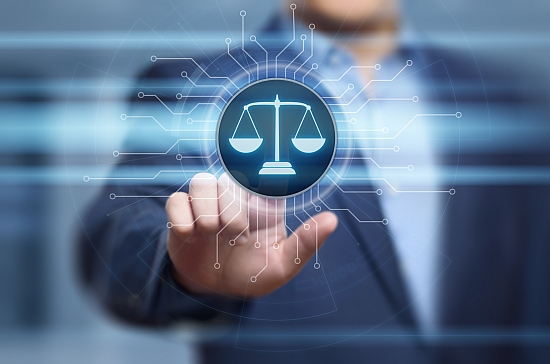 One of the things that Georgetown University’s website points out is that the Street Law should instil deeper values and ethics as well as a sense of responsibility...


“I cannot but agree. We know that the law changes a lot. But what shouldn’t change and hopefully don’t much are the values on which it is based. These include a respect for the law and active citizenship, things that western liberal democracies cannot work without. We try to encourage people to be active citizens. Of course, there is a lot of talk nowadays about illiberal democracies, in the Czech context we can observe the development in Poland to the north and Hungary to the south. Their example reminds us that the democratic tradition in the Czech Republic is not guaranteed. We try and prepare people to be active, participate on the system and to know their rights, so that democracy can survive and even flourish.”


The law is not devoid of certain negative perceptions: people have certain gripes – for example – about court cases running too long… One of things that bothers many people is that if you are better off you are more likely to hire a better team of lawyers and basically to game the system or stack things in your favour as best as possible.


What do you tell to young people, who are asked to absorb values and to accept the better side of things, yet they may have already encountered situations where someone never goes to jail because they play things out?


“That’s a very good but a very difficult question. We are of course aware that the system is not fair and I believe that it is worth sharing this view with students. No one is pretending that it is completely fair. Having said that, it is much better than if we had no system, where those with power or wealth could do entirely as they pleased.


“It is not a perfect system but it is a pretty good one if you look at it from a systemic point of view. Certainly, there are individual cases where you see injustice here or there but consider this: only around 10 percent of Czech cases get appealed. Which means that most people are satisfied or kind of satisfied or at least not too irritated by the decision and don’t appeal. And they accept the decision. The 10 percent are cases that are most debated in the media. So it would be great to have a better system but we are pretty lucky to have the one we have. It can be very educational and it is very important for future lawyers to be aware of the shortcomings and to understand the law.


“I’ll give you an example. Some of the strongest situations we experienced were when we were teaching these Roma kids. We learned that in the Czech Republic of 2014 to ’16 or ’17 it still happens that they can go to a restaurant and be completely ignored by the waiter. Or that when they go to a shop they can be followed relentlessly by a security guard and when they leave are asked to open their bags. In movies, we see how African Americans were treated in the 1960’s and you may think that is history and is the past and doesn’t happen here. But it does and it does today. And the only reason you may not know about it is because you have a different skin colour or have a different social background.


“So it was really powerful to see our lawyers discuss this with 10, 12, or 15-year-olds and try to teach them to defend their rights, wherever possible. Although even then there were cases where not much could be done. How our lawyers tried to tackle the situation was very enriching and I believe it is very important for future lawyers to experience this kind of situation.”