France’s Minister looks back on Europe since ‘89

France’s Minister of State for European Affairs, Amélie de Montchalin, gave a lecture at the Carolinum on Thursday entitled “30 years after 1989 - Can Europe keep its promise of peace, prosperity and freedom?”. The Rector Tomas Zima, Vice-Rector for Research Jan Konvalinka, and the Vice-Rector for Quality of Education Radka Wildová, were among university representatives present. 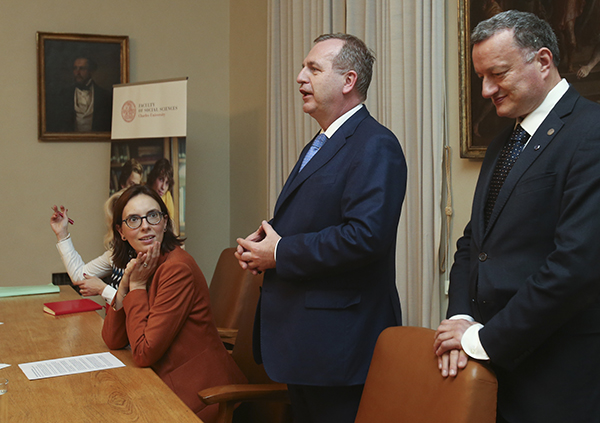 During her lecture, Minister de Montchalin emphasized the importance of preserving European identity. She pointed out that over the last 30 years, Europe had taken great steps forward; in her opinion, Europeans needed to remember who they were and what they needed. She stated that not only diplomats and politicians needed to hold discussions but that the broader public needed to take part. 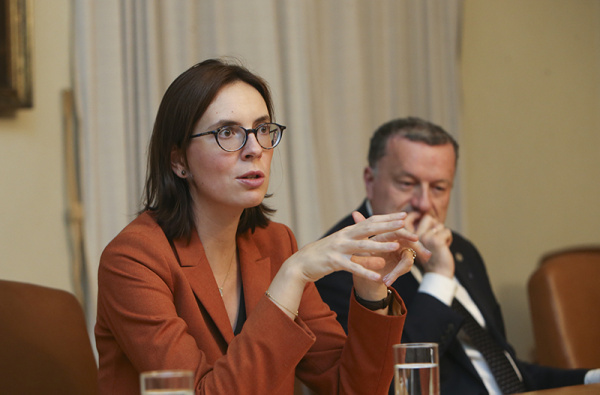 The lecture at the Carolinum was accompanied by questions from students. Topics included continuing French-German cooperation, Brexit (which in her view will introduce enormous changes in the values and ties between the EU countries), and the sovereignty of Ukraine (with one of the major goals being the demilitarization of the country). The future of EU enlargement was also discussed.


The minister stressed that countries that wanted to be members of the EU should be in convergence with Europe. Key aspects include development in the economic, social, educational (with access to top universities) spheres. Cited as a good example, was the Little Schengen project in the western Balkan area. The importance, there, the minister stressed, was for potential candidate countries not to “lag behind”. 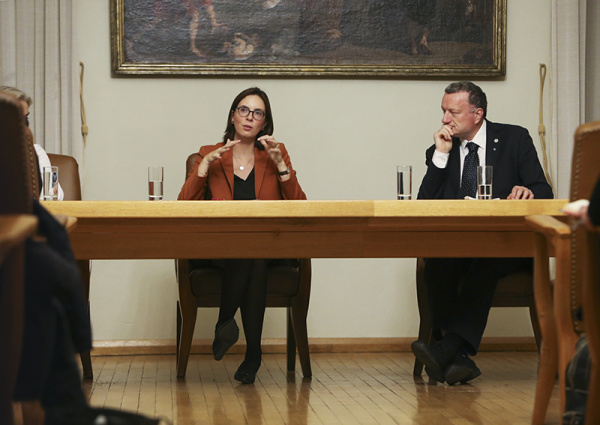 One of the students who helped with the organization of the lecture, Lenka Stoláriková, shared her impressions afterwards, saying it was beneficial for students to attend such events to get a “better understanding” of key issues and some of the decisions being made. “They can ask questions on topics they find interesting… and could shape their own opinions and identities, building on the ideas presented in the discussion,” adding that such events were “important for diplomats, too, for them to be in touch with the broader public”.